Who likes good news? Everyone? Then good news, everyone! All tracks that were supposed to be recorded in my studio are accounted for. Track 11 was completed last Sunday (July 15th) morning and track 13 in the evening. The remaining work now is to do the orchestral transcription of track 14 and try to even out sonic differences between all my tracks before doing the final master. So we're definitely getting there.

But, onto track 11 - "3rd Season Aerial Theme (extended)". It was a very interesting track to do, as it presented a couple of challenges - in both sound design, mixing and structure. 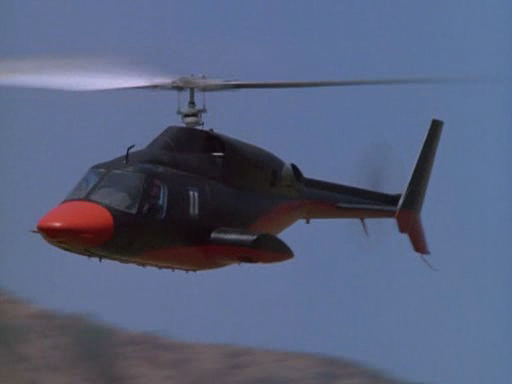 
Season 3 Main Theme is a curious breed: it was based on Ian Freebairn-Smith's Main Theme from "Sweet Britches" and "Firestorm" - many of the synthesizer part recordings were reused and it is the most apparent in the Ascending Bridge where the rapid synth brass part is clearly the same as (with regards to rhythmic "feel" and sound) in the mentioned Season 2 episodes. Ascending Bridge was my first clue to this discovery and soon I began to hear more similiarities. Ian's main lead sound is definitely present throughout entire Season 3 main theme, although it was "modernised" by overlaying a synth horn (in the first halves of verses) and synth trumpet (in the second halves of verses) on top of it - much like in most Season 2 main theme renditions. The secondary lead sound (which you can hear playing solo in my "Minimalist" main theme versions, e.g. track 4 on Airwolf Main Themes EP) was also upgraded by overlaying a "twinkling" sound on top of it (can be distinctly heard during the final seconds of Season 3 Opening Credits).

Season 3 introduced a new "twangy" sound that plays the famous bass pattern. It's always been a tough nut to crack for me - my synæsthesia kept giving up on it. Until finally, while playing around with FX section on my XS6 I discovered that it is essentially the same sound Levay used since S1, yet processed with a decent Gated Reverb. The sound changes during Ascending Bridge - it has a strong flanger effect applied (which makes each note - even though repeated - sound slightly different). Anyway, having been immensely happy about figuring out the bass sound, I recorded the bass lines... and only 30 months later the track was completed. Yes, you read that right: that's a thirty (30). Why such a long time, you ask? (if you don't ask, skip to the next paragraph). It's quite simple - I wanted to produce my Season 3 version much like the original was, i.e. first have Ian's version and then build on top of the parts that were eventually reused in 1986. It seemed like the natural thing to do. And since the sound design for Ian's track took me a while... there you have it.


That was an interesting piece of the puzzle as well. The problem with Season 3 Main Theme was that there was only ONE version which was used over and over again. The most interesting mix was used in "Day of Jeopardy" - it featured an extended intro starting with the "twangy" sequence playing solo for a couple of seconds. Needless to say I put that in. I also duplicated the first verse right after the Descending Bridge, which was done in "Where Have All The Children Gone". So, there aren't really any surprises, but it's still great to listen to.

And another one done - the 2nd Season Aerial - 'SWEET BRITCHES' / 'FIRESTORM' aerials, originally done by Ian Freebairn-Smith. This track turned out to be particularly difficult to produce. While the arrangement itself is not very demanding (n.b. it is the only (excl. Pilot) synth version that does not include Levay's famous arpeggiator pattern - it was brought back in Firestorm though), the recreation of the main lead sound alone has proven to be a real challenge. In both episodes quite a different than usual synth gear was used for the soundtrack production. The core of the setup seems to be the iconic Yamaha DX7 (released in 1984) which pioneered the FM sound synthesis - which was unlike most synthesizers (so called "analog synthesizers") at the time. The sound of FM is very distinctive and has a metallic resonant character (which can be clearly heard during Firestorm music cues) and programming FM synthesizers has always been considered to be "rocket science". Which is precisely why I rejected the notion of recreating this sound using FM, and decided to resort to DX7 samples instead. It took me a couple of months (years?) to notice that the main lead sound of Sweet Britches aerial is actually not the FM alone; it's actually played using two synths at a time - an FM synth is responsible for the attack transient (the beginning "phwah") and an analog synth provides that nice spacious warm sustain. Eventually I was forced to recreate the FM sound using "rocket science" (the samples were simply not good enough), and the analog part was done using the trusty Yamaha AN1x. 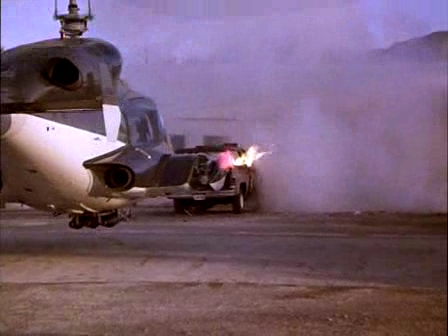 The Sweet Britches aerial is known for being "big" and "powerful" - it has to "blow the doors off" (pictured above), as Mark and I put it. Making it sound big boils down to three things - finding a proper reverb for the main lead sound, tweaking the hell out of the Linn drum samples, and finally putting the entire audio mix through a properly set up compressor and limiter. Speaking of the drums, it is absolutely AMAZING what audio engineers in the 80's managed to pull off using Linn drum machines over and over again. Even within the confines of Airwolf Main Theme universe - EVERY (with the exception of Season 1 opening theme and Pilot) version of the Main Theme employs this drum machine, but it sounds completely different in Sweet Britches aerial and e.g. Season 2 opening theme. Yes, those are exactly the same drums, albeit processed differently. Did I say it was amazing?

The final ingredient of this track is imperfection. In the original, the main lead sound was recorded pretty much live without any quantization afterwards. This especially shows in the brass staccatos during Ascending Bridge - it seems that the performer couldn't match the pace. Recreating these imperfections was paramount to the feeling of this track.I haven't managed to recreate those imperfections perfectly (sic!) - I guess I'm worse than the Borg in this regard.

"2nd Season Aerial - 'SWEET BRITCHES' / 'FIRESTORM' aerials" was completed within three weeks (this obviously does not include the FM brass sound research, which started back in 2006). Final length is 4:55. 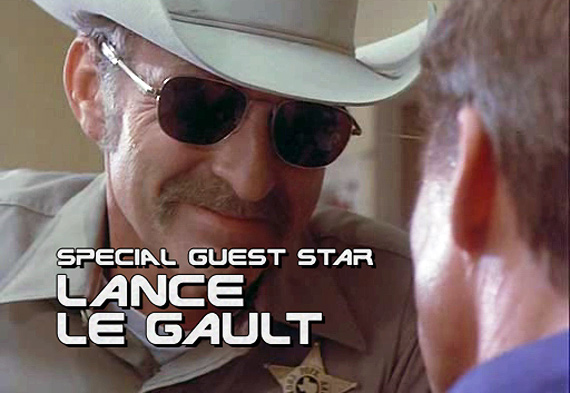 (Special thanks to Lance LeGault, Martin Grant and Eric Shepherd for the new AWT Intro).

MARTY'S AIRWOLF DOCUMENTARY - Don't forget to check out Marty Grant's progress on the other big Airwolf project... the Airwolf DOCUMENTARY on his Blog.
Posted by Jan Michal Szulew at 18:17 4 comments