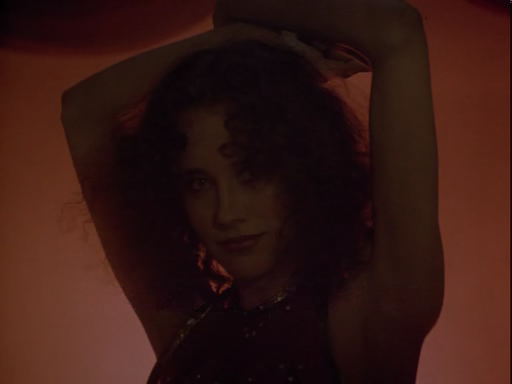 Compared to other renditions of the main theme, this one's quite a different beast. It has no drums, no famous bass pattern, it's considerably slower and only a first couple of notes of the main theme phrases are played.

While this track was used for closing titles in the Pilot episode only (both TV and movie versions) it was frequently used in Season 1 during the "journey to the lair" sequences, albeit with one small difference - the Pilot version had an additional synth string sound doubling the main theme lead sound.

This track appeared quite late on the track list. When CD1 was pretty much fixed at 17 tracks, Mark approached me to do it. After initial hesitation I agreed and... ended up producing three other tracks instead. Citing schedule constraints I decided not to pursue it.

The real reason of my reluctance towards doing "Pilot - Closing" was that I knew that the dreamy spacious main lead sound was the same as in "Pilot, Season 1 - Synth theme (extended)" (EP track 03, AET CD1 track 06, pre-prod #04). I was never happy about how it came out and I was already after 10+ (ten) reworks of said track. I knew that if I came up with something better for "Pilot - Closing" I wouldn't be able to live with myself without reworking "Pilot, Season 1 - Synth theme (extended)" again to include the new improved sound, and I didn't want to go through yet another rework of it.

I decided to pursue it anyway for the sake of completeness and for the sake of hitting 22 track mark for the CD. I also realized that in the end I'd rather do the rework of track pre-prod #04 than remain dissatisfied with what I had. Obviously it all paid off - "Pilot, Season 1 - Synth theme (extended)" lead sound is better than ever and miles ahead of the previous version.

One last thing: I liked the slow main theme so much that I reused a couple of seconds of it as an additional intro for "Pilot, Season 3 - Journey to Red Star (Movie)/'EAGLES' aerial (extended)" - much like it was done in 'TO SNARE A WOLF'.

UPDATE 19.02.2013: Last week or so I found out that the TV and Movie versions of the Pilot Closing theme are slightly different. The TV version was shortened to accomodate credits length (the last bass note is too "sudden") while the Movie is unedited (so it keeps playing over the "Belisarius" logo). My rendition was unfortunately based on the shortened version, but no reason for worries anymore. On Sunday, after a week of hesitation I decided to rerecord the track so that it now matches the full, unedited Movie version and the ending sounds more natural. This also adds approximately three seconds to CD1 playtime.
Posted by Jan Michal Szulew at 21:22